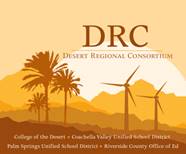 Download a .pdf printable version of the Meeting agenda for May 9, 2016

Establishment of a Quorum:

Board Meeting Agenda: Pursuant to the Desert Regional Consortium Governance Plan, the consortium member’s relative voting power will be one vote for each member. A quorum is three members present. A majority of the quorum is necessary for approval of decisions. Votes will be voiced by stating yes or no. Abstentions will be noted. Votes will be recorded in the minutes, including the names of the members making and seconding the motion.

There will be an allotment of time (up to 3 minutes per person) given to members of the public for comment. Additional time will be given to the voting members to consider public comments. After discussion, the executive voting committee will vote or agree to pull the item for a second reading if members feel more time is necessary.

2. Changes to DRC Year One Plan – Inclusion, as per new AEBG requirement, of MOE for Coachella Valley Adult School within the Year 1 Plan. Due May 15.

4. Approval of Consortium Committee Budget for 2016-17

9. Informational only – Student Data and Outcome Reporting. Due August 1